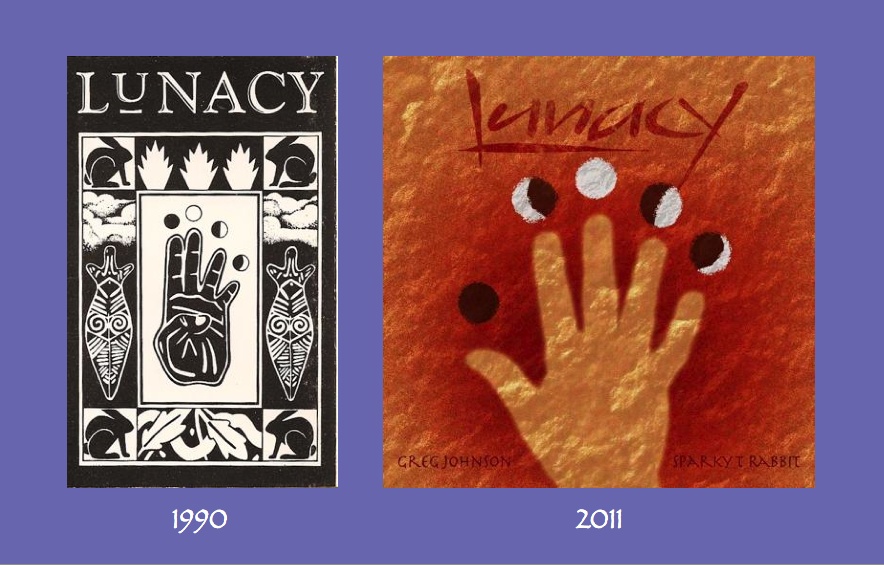 THE RETURN OF LUNACY

Sparky T. Rabbit here. Back in 1990, my singing partner, Greg Johnson, and I released an album of Pagan a cappella music named after our band: Lunacy. It proved to be quite popular, and in '92 we recorded another, Hand of Desire.

Both albums were released as cassette tapes, but in just a few years CDs became dominant, and eventually--even though the music was still in demand--nobody wanted cassettes anymore. It was time to make CDs, but due to lack of funds and other factors, that never happened.

People have been asking, begging, and pleading for Lunacy CDs for many years now, and I've been actively working on the project since 1999. It's been slow going and there have been plenty of delays along the way, BUT NOW I am happy to say--believe it or not--that the CDs are going to come back into the world very soon.

You can read about the progress of the Lunacy CDs here, and quite shortly, you'll also be able to order them!